Carolinda's latest book Double Agent Celery - MI5's Crooked Hero, is about her grandfather Walter Dicketts, an ex RNAS officer and pilot, who was a British spy in WWl and WWll. Dicketts' month-long secret mission into Nazi Germany on behalf of MI5 in the middle of war in 1941 was an act of extraordinary bravery and ability - and it is a miracle he lived to tell the tale.

Dicketts' personal life was equally astounding, and Carolinda's moving account of how she tracked down her grandfather, whose six wives (two were mistresses) tried to erase him from history, reveals a family ignorant of his heroism and sadly of each other. Fearing the repercussions Dicketts' activities might wreak upon his six children, two wives changed their children's surnames - and the others simply lied.

Like her grandfather Walter Dicketts, Carolinda has also lived an adventurous life, growing up in Africa; swimming internationally for Kenya; sailing around the Caribbean, and becoming one of the first female hot-air balloon pilots in Britain at the age of twenty. In 1988 she flew the Virgin Jumbo Jet shaped balloon across Australia in the Trans-Australia balloon race, generating pre-race publicity by tethering a fully inflated balloon to a barge and sailing it under the Sydney Harbour Bridge.

Carolinda has a successful business career as co-owner of a medical supplies company, which provided life-giving dialysis products to over 2,500 kidney patients in the UK, and is the founder and developer of T5T—a modern version of a popular anti-aging yoga routine known as “The Five Tibetans”, which is practiced by thousands of her students all over the world. Carolinda is the bestselling author of several books on The Five Tibetan Rites and has produced an online training course and a DVD.

Carolinda loves skiing, scuba diving in warm waters, trekking in spectacular natural surroundings, riding Arab horses with a lively temperament, dogs of all varieties and ends every day with a cup of Rooibos tea and a good book. She has three adult children and lives in Sydney with her long-term partner. The Virgin jumbo balloon airborne with Carolinda Witt at controls. 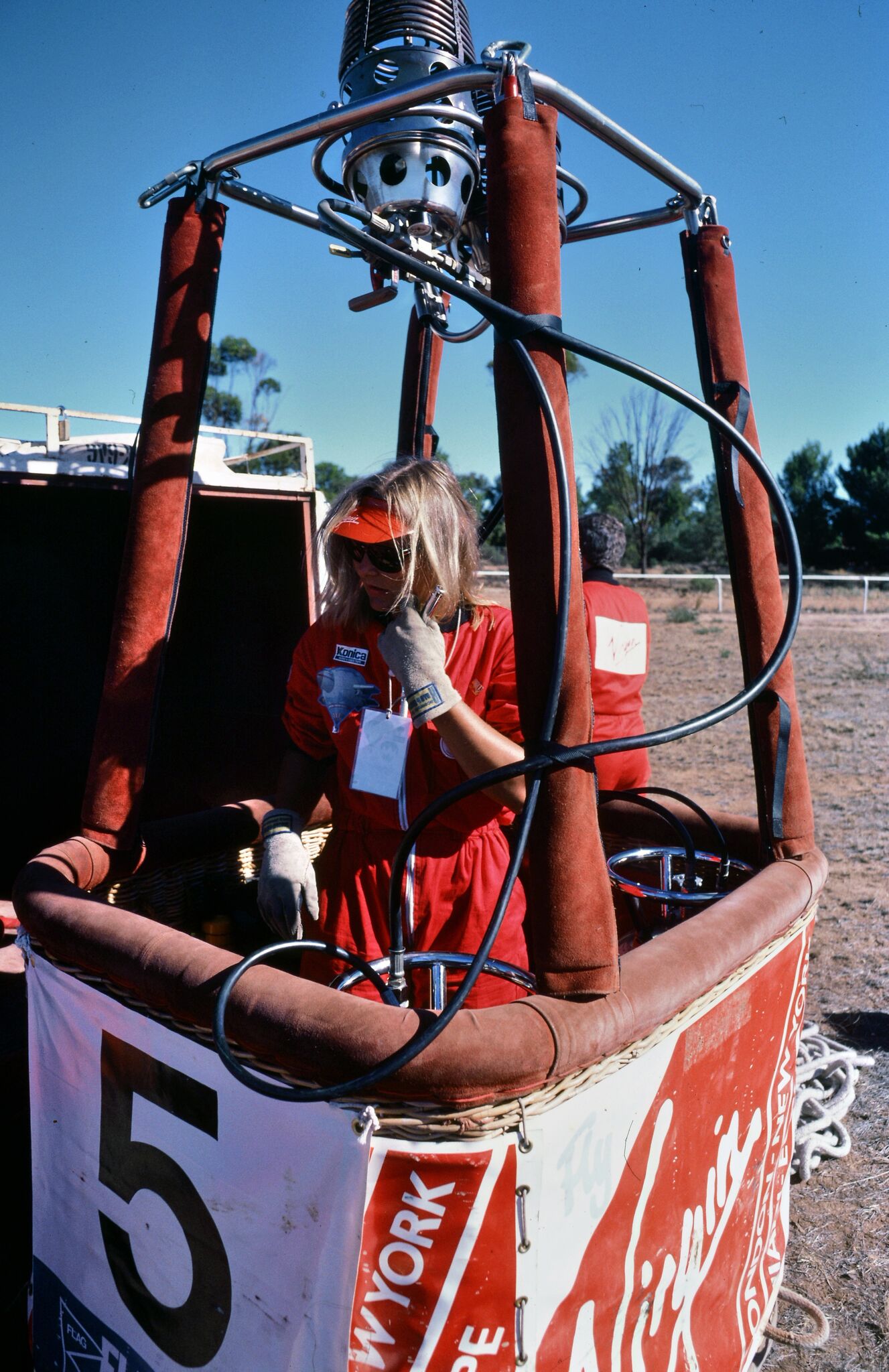